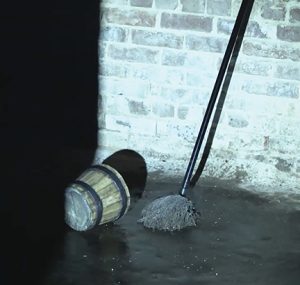 Fairhaven TV has been nominated for four Massachusetts Creator Awards from MassAccess. The Massa­chu­setts Creator Awards recognizes outstanding work in television and media within the state of Massachu­setts. Awards are judged by third party evaluators who are top media professionals in the field. All entries are judged based on strict criteria in order to ensure the most outstanding productions are recognized and honored.

Fairhaven TV is nominated in the Production Value category for “Hometown Haunts: The Caretaker at Rogers School”, the Documentary category for “They Made It! Gary and Darla’s Ride Across the USA for Cystic Fibrosis”, the Short Format category for “Santa’s Bell” and the Promotional category for “Fairhaven TV’s Home for the Holidays Parody Promos”. All videos, which were produced between 11/1/21 and 10/31/22, are available to watch on Fairhaven TV’s website (www.FairhavenTV.com/CommunityVideos) and YouTube Channel (www.youtube.com/@Fairhaven_TV).

Cable Access Director Derek Frates says, “We are honored to once again be nominated for the Mass Creator Awards. After winning the past two years in two different categories, we are extremely excited to be nomi­nated in all four categories that our productions were submitted into. This exemplifies our staff’s continued creativity, effort and willingness to explore new avenues to share our work with the community.”

The team will attend the 2023 MassAccess Creator Awards Ceremony on January 25th, where the winners will be announced.

Massachusetts Community Media, Inc. (MassAccess) is a non-profit, 501 (c)(6), membership-based advocacy agency, guided by a volunteer board of community media professionals. Their goal is to ensure the future vitality of Massachusetts based com­mu­nity media centers by developing educational workshops, monitoring legislation, utilizing technology to inform and enhance community media centers, as well as acting as government liaisons to inform supporters across Massachusetts regarding the current political landscape in regards to media. Visit https://www.massaccess.org/