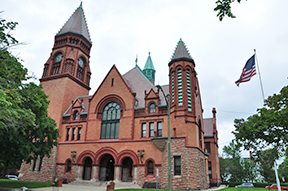 By Beth David Editor Neighbors had a lot to say about a proposal to build three homes on Charity Stevens Lane, proposed by Ronald Oliveira, at the Fairhaven Conserva­tion Commission’s meeting on Monday, 5/9. Speaking for the petitioner, engineer Christian Farland explained that the fill that had been moved to the site was tested and… [Read More]