A quick but powerful storm blew through the area on December 23, 2022, giving last minute Christmas shoppers a real taste of winter. Temperature was relatively mild in the mid 40s, although it did dip down a bit. Wind chills, however, sent everyone shivering. Wind was in the 30+ MPH range, with gusts up to 68 MPH on West Island (visit westislandweather.com).

The hurricane barrier was closed for part of the day due to high winds. West Island Town Beach and sections of Wilbur Point saw flooding of streets. The West Island causeway had lots of water splashing over at high tide, and a few residents posted some pretty scary footage of cars driving over the road getting splashed with the wave action.

According to ML Baron of the West Island Weather Station, Block Island reported a hurricane force gust of 73 MPH, and Mount Washington in NH had a gust of 155 MPH. The storm was a relatively dry one as far as precipitation goes, though, with only about a half-inch of rain falling. However, the tides were exceptionally high, resulting in flooding on roads and in yards along the water. 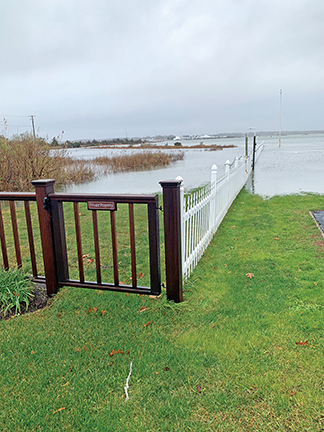 Two yards on Alder Street on West island in Fairhaven are flooded with water from Round Cove during a powerful storm on 12/23/22. Photo courtesy of Mark Cenci. 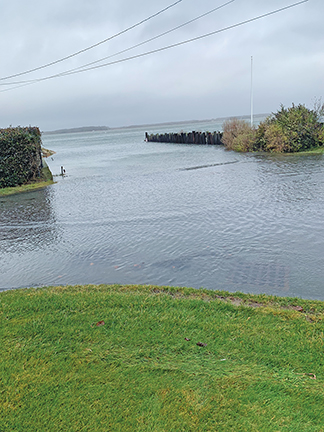 Water from Round Cove floods the bottom of Bluepoint Road on West Island in Fairhaven during a powerful storm on 12/23/22. Photo courtesy of Mark Cenci. 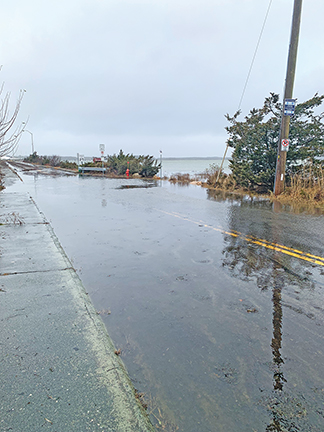 Water from Round Cove spills onto Causeway Road on West Island in Fairhaven during a powerful storm on 12/23/22. Photo courtesy of Mark Cenci. 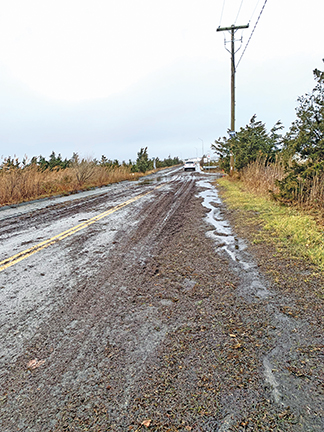 After the water recedes, seaweed and mud cover Causeway Road on West Island during a powerful storm on 12/23/22. Photo courtesy of Mark Cenci.