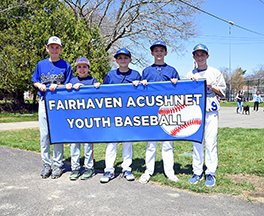 The Fairhaven-Acushnet Youth Baseball opened up its season with the traditional parade down Main Street, a little speechmaking, and some award presentations on Saturday, 4/28. This year, two winners were honored wih the Volunteer of the Year award, Dan Nault and, in a surprise, VP of the league, Mike Souza. 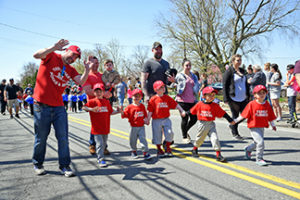 Ben Heavey mugs it up for the caemera as he marches down Main Street with some of his team during the parade held in Acushnet to kick of the 2018 Fairhaven Acushnet Youth Baseball League on 4/28. Photo by Glenn C. Silva 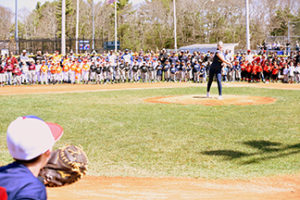