HARC has provided the Fairhaven Board of Selectmen (FHBOS) with extensive and specific information with respect to the misleading and unprofessional presentations the EPA has provided for the PCB Dumps they are now constructing in the Fairhaven Harbor.

In the EPA’s published reports and presentations prepared under the supervision of Project Manager David Lederer, the EPA has falsely asserted the Fairhaven area closest to the Dump development to be the unpopulated “Marsh Island” Area, not Fairhaven’s “Oxford Village.”

Above see illistra­tion from the EPA presentation, and link below to actual satellite photo of the area being dredged by the EPA, which clearly shows the ongoing dredging adjacent to Oxford Village, not next to Marsh Island as represented by the EPA.The EPA identifies this project and the power point presentation as being created under the responsibility of the Project Manager, David Lederer.

The EPA and its Project Manager were well aware that Marsh Island was uninhabited, while Oxford Village was a community of historic value carrying a significant population and real estate property of high value. Mislabeling the location of the PCP Dump could not have been caused by his “mistake.”

The obfuscation of the Dump location is indicative of the project manager and the EPA’s unprofessional dealings with Fairhaven and its residents. In order to solve the PCB Disposal Problem caused by a 71% owned, multi-decade subsidiary of Japan’s Kyocera Corporation, the truth about the Dumps is being deliberately distorted.

How can a multiple level organiza­tion such as the EPA, which is responsible for this $366 million project, the funds for which came after lengthy legal proceedings, pass these representations off as “mistakes?” They are fraudulent misrepresentations.

The FHBOS needs to provide a response as soon as possible with respect to the steps that they plan to take to deal with the misrepre­sentations to which EPA has already admitted. 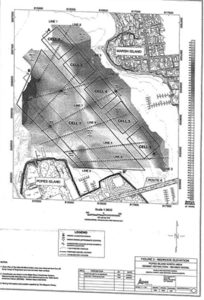