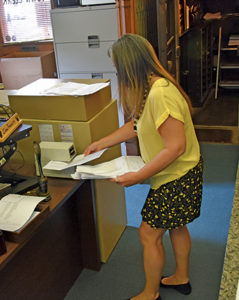 The Recall Dan Freitas movement announced on Monday, 4/26/21, that they had collected enough signatures to recall Fairhaven Selectboard chair­per­son Daniel Freitas. On Tuesday, the group submitted the petitions with signatures that will now have to be certified. If the certified signatures reach the threshold of 20% of registered Fairhaven voters, which equals 2384, then Mr. Freitas’s time as a Selectboard member could be cut short.

The group is confident that enough signatures will be certified. The process requires members of the board of registrars to certify the signatures within seven days; then the Selectboard is notified of the successful count; then Mr. Freitas is notified by the board and he has five days to resign. Whether he does or not, the selectboard is required to schedule a special election no more than 90 days after the date of certification.

Mr. Freitas is free to run for his seat again in the special election, just as any other resident. If he refuses to resign, he remains on the board until the election decides his fate. 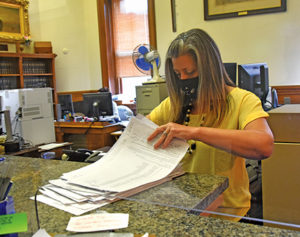 “We have a small group of people in town who have spread numerous lies about me,” wrote Mr. Freitas in part on his official Fairhaven “Select­man” page. “They know that they can’t beat me in an election so this is what they have left. If they do get the signa­tures needed I will resign. I will not run for re-elec­tion. I have given a large portion of my adult life to helping the people in this town!”

He also said he has “grown tired of the constant smear campaign,” and blamed dis­gruntled former employees.

In a press release, the group noted Mr. Freitas’s promise to resign.

“The Recall group calls on Mr. Freitas to maintain his promise to resign and not run in the recall election,” they wrote.