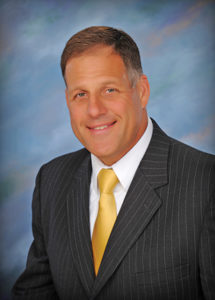 Dr. Robert N. Baldwin has been named Massachusetts 2020-2021 School Superintendent of the year by the American Association of School Administrators. Submitted photo.

The American Association of School Administrators (AASA) annually recognizes one superintendent in each of the 50 states who have displayed excep­tional leadership in the areas of education, professional development, and community involve­ment. Fair­haven Public Schools was recently notified and is proud to announce that Superintendent Dr. Robert N. Baldwin has been named the Massa­chusetts Superintendent of the Year for 2020-21 by the AASA.

Baldwin has served as the Fair­haven Public Schools superintendent since 2005. He also currently serves as president of the Massachusetts Association of School Superin­tendents (M.A.S.S.)

Before assuming the role of Superintendent, Baldwin served as the Principal at Middleborough High School from 2001-2005, and before that was the Assistant Principal at the Elizabeth I. Hastings Middle School in Fairhaven from 1998-2001.

“Dr. Baldwin established credibility for the district while continually working to establish a productive working relationship with other town departments and boards. He’s led by example with professionalism and ethics, with the recruitment of excellent administrative staff —  building a team, which has resulted in an ALL means ALL attitude when it comes to education,” says long-time School Committee member and parent of Fairhaven graduates, Colin Veitch.

Baldwin’s focus when he entered in 2005 was to immediately create an organizational structure that would bring Fairhaven Public Schools from a good school district to its current state now — a place where the best and brightest faculty and staff choose to teach, and where parents of school-aged children and future school-aged children choose to live in order to send their children to.

Dr. Baldwin has established strategic partnerships that promote collaborative opportunities for co­opera­tion between town departments, neighboring municipalities, and community organizations to improve district effectiveness. These partner­ships have served to enhance the district, the town, and the region. In the Southcoast region, he is a con­tributing member of the South­coast Development Partnership (SCDP).

He continues to be a leader of leaders throughout the region and the Commonwealth. From 2010–2016 he served as the President of Old Colony Superintendents Association.

At the state level, Dr. Baldwin was elected to serve on the Executive Committee of the Massachusetts Associa­tion of School Superin­tendents (MASS) in 2016. He was elected as a MASS officer in 2018, where he has testified and provided written support for several state and local initiatives. This role allowed him to actively be involved with the passage of the Student Opportunity Act. This landmark piece of legisla­tion was the first significant revision in twenty-five years, the most recent being the Commonwealth’s Education Reform Act of 1993.

As the current President of MASS, Dr. Baldwin offers support, guidance, and leadership to all superintendents and navigates the complexity that COVID-19 and the school reopening process have on all stakeholders. He does all this while still serving as the superintendent of Fairhaven.

He previously served as an Adjunct Professor in the Educational Leader­ship Licensure Program at the Univer­sity of Massachusetts at Dartmouth in the Leading for Learning K-12 principal and assistant principal licensure program. 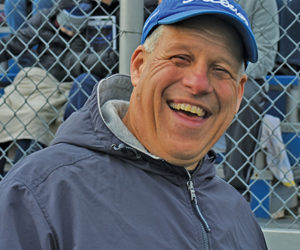 Fairhaven Superintendent of Schools Dr. Robert N. Baldwin gives a big smile to the local free sheet during the Thanksgiving Day football game in Fairhaven vs. Dartmouth on 11/28/19. Photo by Beth David.

In a phone interview with the Neighb News, Dr. Baldwin said he felt “blessed.”

“I’m a very blessed person,” said Dr. Baldwin, adding that it was an honor just to be “in the running.”

“Then to be named, is kind of humbling,” he said. “No words can describe it.”

He immediately then gave credit to his team.

Dr. Baldwin said his job gives him the opportunity to do what he loves to do. And he encouraged anyone with a passion for making a difference, to go into education or a similar public service field.

“If you love leadership and purpose and meaning, this has everything you can ask for,” he said, adding that the challenges can be difficult, especially now, with the  pandemic forcing so many changes to education.

“There’s no manual to this one,” he said, although he has said it publicly before. “You just try to do the best you can every day.”

At 59 years old, Dr. Baldwin is not ready to talk about retirement yet.

He encouraged people of all ages to “do something for the greater good.” The world needs people to “lead, to do the right thing.”

“I just want to make a difference for the greater good, for my district, for our kids, or certain kids,” he said. “Everyone needs to step up and do that. “That’s my wish and hope for people. Anybody who feels they can lead, can set an example by their behavior, now’s the time.”

He said if he can use the award to get that message across, well, that would be a good thing.

The newest member of the Fairhaven Public Schools administrative team, Dr. Yolanda Burnett, Principal of Leroy L. Wood Elementary School, says, “Dr. Baldwin has been a supportive mentor, innovative and a visionary leader. He empowers his leadership team to be dynamic and reflective leaders.”

He is active at the regional and national level with his association with the New England Association of Schools and Colleges (NEASC).

In 2015, his work with the Commis­sion led him to receive the Jacob Ludes III Leadership Award. He has matriculated to a role as the Chair of the Commission on Public Schools and the Board of Trustees. Currently, he is serving as the chair of the Task Force of the Center for Educational Excellence and Innova­tion. Dr. Baldwin was recently awarded the 2020 NEASC Service Award, an award that honors individuals who have demon­strated their commit­ment to promoting high-quality education for all students through consistent and generous involve­ment as a volunteer with NEASC.

“Dr. Baldwin has been a steadfast leader for the Fairhaven Public Schools and has made the district one of the best in the Southcoast. Having great integrity and mental fortitude, he has never shrunk from difficult decisions and has success­fully led the school community through building projects, budget crises, and now a pandemic. He has done this by surrounding himself with quality leaders and creating an environment of collaboration that genuinely puts the students’ needs first. I can think of no one more deserving of this award, and I am proud that Dr. Baldwin is our school district’s leader,” said current chair­man of the Fairhaven Public Schools School Committee, Brian Monroe.

Dr. Baldwin received his Bachelor of Science from Springfield College in 1984. He received a Master of Arts from the University of Maryland in 1986 and a Doctorate in Educational Leadership from Nova Southeastern University in 2003. Dr. Baldwin remains grounded and balanced in his role as a father of five children, grandfather of six, and is happily married to his wife Jane of over 36 years. The Baldwin family lives in Fairhaven, Massachusetts.