At its meeting on 1/17/23, the Fairhaven Select Board chose four photos for the 2022 Annual Town Report. Select Board members chose from 28 photos by 10 different photographers, who were all resi­dents of town employees.

Board members made three top choices and staff tallied the results. Four photographs made the final cut, and the board discussed those and chose the top vote-getter at the meeting for the front cover.

Vice Chair Leon Correy, who chaired the meeting in the absence of Stasia Powers, said the “leading vote was 15,” and only one photo got that many.

The photo is an aerial shot of Hoppy’s Landing by photographer Gary Moujabber.

The board also discussed the layout of the cover, with Town Adminis­trator Angie Lopes Ellison showing a few previous reports, including some that used more than one photo.

One option was to use the aerial photo for the front cover, and use the other three on the back cover.

“That would make this a lot easier,” said Ms. Ellison.

The board voted unanimously to use Mr. Moujabber’s photo on the cover; a photo of Fort Phoenix by Fairhaven TV/Cable Access, a beach path by Suzanne Vieira, and the Fairhaven skyline from the harbor by Sue Meadows on the back. 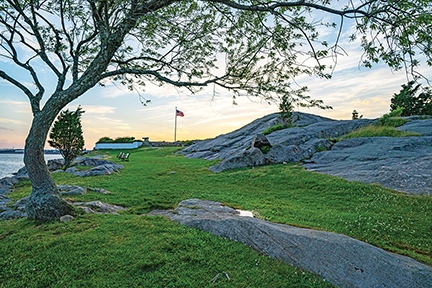 This photo of Fort Phoenix will be featured on the back cover of Fairhaven’s 2022 Annual Report. Photo by Fairhaven TV/Cable Access. 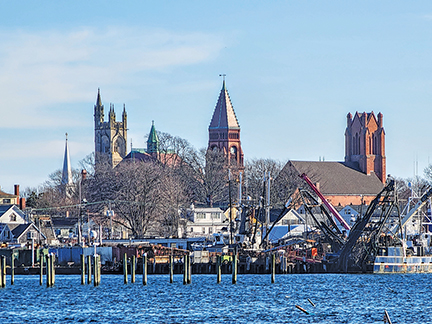 This photo of Fairhaven’s skyline across New Bedford Harbor, will be featured on the back cover of Fairhaven’s 2022 Annual Report. Photo by Sue Meadows. 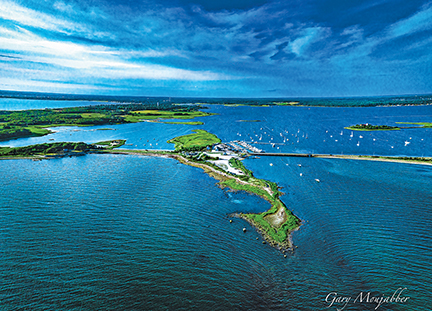 This aerial shot of Long Island by Gary Moujabber, with Hoppy’s Landing in the foreground and West Island Marina across the road, will be on the front cover of Fairhaven’s 2022 Annual Report. Photo by Gary Moujabber. 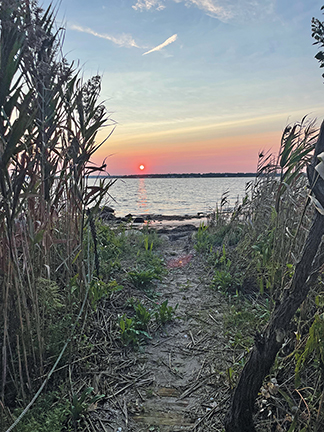 This photo of a beach path at the end of Baxter Avenue in Fairhaven at sunset will be featured on the back cover of Fairhaven’s 2022 Annual Report. Photo by Suzanne Vieira.