To mark Black History Month, the New Bedford Historical Society and the New Bedford Free Public Library are hosting a series of programs highlighting the maritime contribu­tions of African-Americans and Cape Verdeans. From Slavery to Freedom: African-Americans and Maritime History, a panel exhibit on loan from the Commonwealth Museum, traces important themes in maritime history that have often been hidden or ignored.

For African-Americans, the year 2019 marks the 400th anniversary of the first Africans coming to the Americas. Records reveal, that in 1619, at least twenty skilled African tradesmen arrived in the fledgling English colony of Virginia while the first Africans arrived in Massachu­setts in 1638. The sea played a significant role in the history of African-Americans. It was a source of misery on the dangerous Middle Passage from Africa to the New World, meanwhile some Massachu­setts merchants grew rich from the slave trade and close economic connections with sugar plantations in the West Indies. New Bedford also experienced great wealth from the whaling and textile industry, both with their connections to slavery.

By the nineteenth century, Massa­chu­setts became an important center of the abolitionist movement and seaport communities became an avenue of escape for enslaved individuals as well as a source of employment. This was particularly true in the whaling port of New Bedford.

The exhibit highlights the Quaker merchants who thought slavery was immoral and who became ardent anti-slavery advocates. Quakers like William Rotch, Sr. and Jr., Charles W. Morgan, and William Rodman were among those who joined the members of the free Black community to hide the enslaved and provide sanctuary and routes of escape. Merchants provided escape and support to fugitives like Frederick Douglass, Harriet Jacobs, Henry Box Brown, Lewis Hayden and countless others who went on to be the leaders of the abolitionist movement and the voices of the enslaved.

In addition to the exhibit, author Skip Finely will present from his new book Whaling Captains of Color-America’s First Meritocracy on February 2 and Dr. Timothy Walker will give an overview about African Americans and the Maritime Trades in New Bedford on February 23. Both talks are from 2:30–4:30 p.m. and are free and open to the public. Light refreshments will be served with an opportunity to meet the speakers.

From Slavery to Freedom captures the journey of African-Americans through slavery, abolition, and emancipation in New Bedford and across the state and will be on display through March 2, 2019.

The Main Branch of the New Bedford Free Public Library is at 613 Pleasant St., in Downtown New Bedford.

Thursday, 2/14, 5:30–7 p.m., Happy Birthday, Frederick Douglass. Enter the Douglass birthday card contest at any of the branch libraries. Prizes given for most original cards.

Join Doodles in a kid’s workshop to make birthday cards to celebrate the 201st birthday of this great American. Handouts and materials provided. Library 3rd Floor 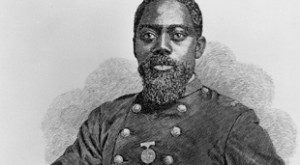