Melissa Souza is getting a lot of new experiences these days. And that’s just how she likes it.
The 16-year-old Fairhaven High School student has been on a “go-for-it” roll lately. She signed up to audition for Disney and Nickelodeon just to “see what would happen.”

She didn’t get chosen as the next big celebrity, but she did get a letter asking her if she wanted to take part in a pageant.

“And, I thought, ‘why not?’” she said, adding that she figured it would be an­other new experience, she would meet new people and learn different things.

She got accepted into the pageant, and now the next step is a training on Thursday, 11/16, when she will take classes on how to do the different modeling routines, and learn how to walk in those high heels she will have to wear.

As part of the process, the pageant requires that she get sponsorships from individuals, businesses and organi­za­tions in the community. She needs $595, and has raised more than $425 so far.

The money, according to pageant materials, will go towards application and processing, training class and funds for prizes. If Melissa gets any extra, she will use it for the outfits she needs, and, hopefully, to get her hair and nails done. Those are things she needs to pay for out of pocket.

She is borrowing a gown for the formal wear, but will probably need to buy something for the casual wear routine. 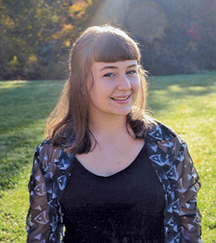 Melissa Souza has been chosen to participate in the Miss Teen Pageant. Submitted photo.

Melissa hopes to go to college and eventually teach art to elementary students. She works at Chuck E. Cheese in Dartmouth, and loves working with children.

“It’s a fun job,” she said. “Not a desk job where you have to sit there and be serious. You can have some fun with it, you can dance around.”

She said she is also passionate about art, so her goal is to combine the two someday.

On the 16th, Ms. Souza will go to Warwick, RI, for her training classes; on Saturday, 11/25, she will travel to Chelsea for her personal interview. Then the big day: The pageant will be held on Sunday, 11/26, at Malden High School. Pageant winners will receive cash awards.

“My goal is to be financially stable for this pageant,” said Ms. Souza.

Melissa’s father, Manny, works for the Town of Fair­haven Highway De­part­ment (You’ve probably seen him running the plow during snowstorms). She lives in Fairhaven with her dad, her mother Lori, and her little brother Zachary. She also has an older step-brother and an older step-sister.